> Gallery
Leighton House was described by it’s curator as ‘A Casket without it’s jewels’ and it was the items that were missing from the house which became the focus of attention. Allusion is made to the freezing of items which were salvaged or retained and to their transition to museum exhibit and as such, subject to new rules and the constraints of preservation.

In 'On the Shelves of Memory - to Mnemosyne’, four hundred and ninety two archival labels are suspended in front of diaphanous, carapaces cast from cloth. These partial forms are suggestive of the handle of a vessel, the spout of a jug, the lip of a bowl. Each label bears detailed information on individual items or groups of items - classified according to type and origin, which were sold by Christies in 1896 on the death of Lord Leighton. 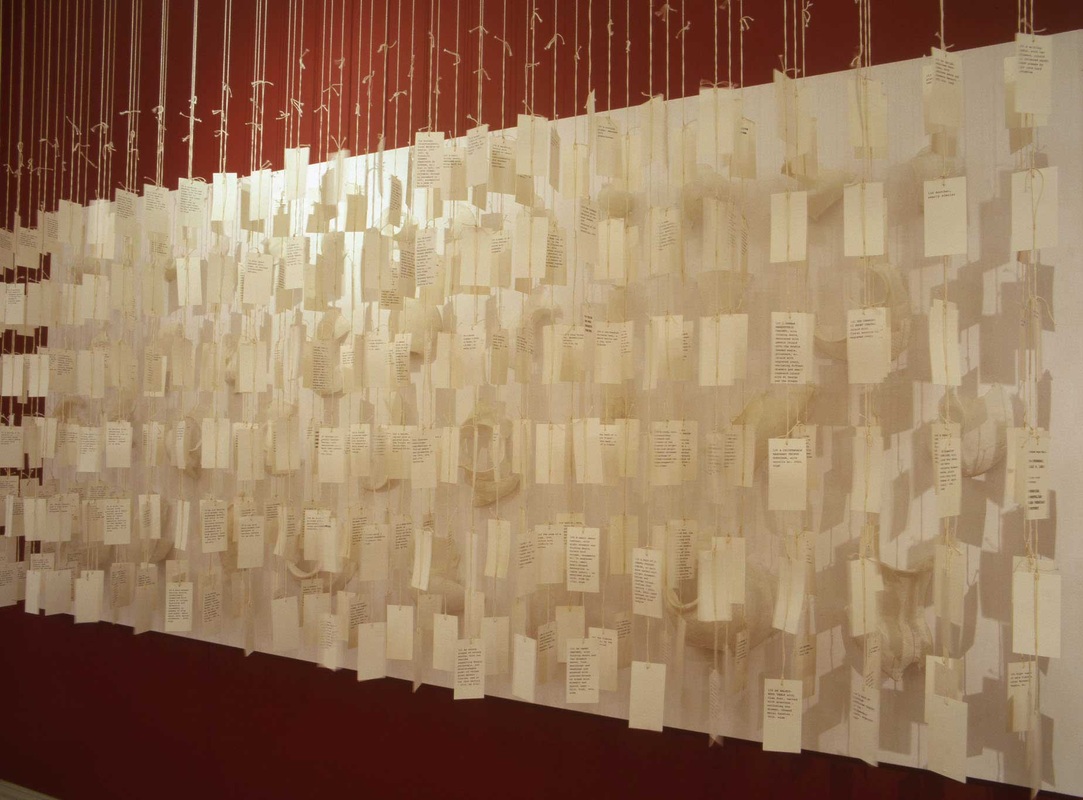